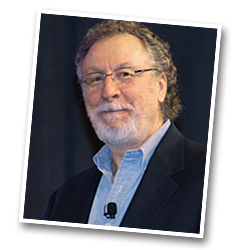 Harry Palmer has been a life long educator, beginning as a high school teacher in 1969. His passion for helping people understand how to improve their lives led to the creation of the Avatar® materials in 1987. Over 100,000 people have completed the Avatar Course, learning how to live more deliberately in the process.

Harry Palmer graduated with a Bachelor of Art in English from Ithaca College in 1969, earned a Masters in Science of Education from Elmira College in 1971.He was certified to teach English in secondary schools and did so from 1969 to 1972. Mr. Palmer has continued with an independent study of subjects including Oriental religions, Eastern and Western philosophy, psychology, Scientology, and world history.

Harry is a prolific author, publishing numerous articles, books and videos. His articles are available online at theavatarjournal.com. He published a series of 26 articles available both online and through email subscription at theavatartimes.com.

He also published a series of courses entitled The Avatar Materials. These training materials have been translated into 21 languages and are taught in 71 countries around the world.

In 1986, Harry founded Star's Edge International®, a for-profit corporation created to manage and present personal development programs that exceeded people's expectations. The company has grown from three people, working out of Harry's living room, to more than 12,000 licensed Avatar teachers in 71 countries around the world.

As Harry said, "One of the things that I have learned from life, is that service to others, if it is done well and within a viable economic context, is contagious. Help someone; show kindness, and the next thing you know they are figuring out how to pass it on to someone else. That's my strategy for contributing to an enlightened planetary civilization®. I intend to create, within a viable economic context, an epidemic of compassion."

In 1987, Harry Palmer outlined an intriguing series of mental procedures. When correctly applied, these procedures unraveled many of the more profound mysteries of human consciousness. As the procedures evolved, they literally became a passport to the secrets of the universe.

Like color vision, Palmer’s work was one of those rare evolutionary keys that quite unexpectedly unlocked a whole new realm of the conscious landscape. For the first time, a clear interrelation between the operation of human awareness and the technologies of man could be demonstrated.

Subjects as dissimilar as religion and physics suddenly found themselves sharing common ground. Concepts such as universal mind, mass consciousness and extrasensory awareness moved from being dim and speculative to being tangibly experiential. True to prediction, Avatar rippled through the collective planetary consciousness.